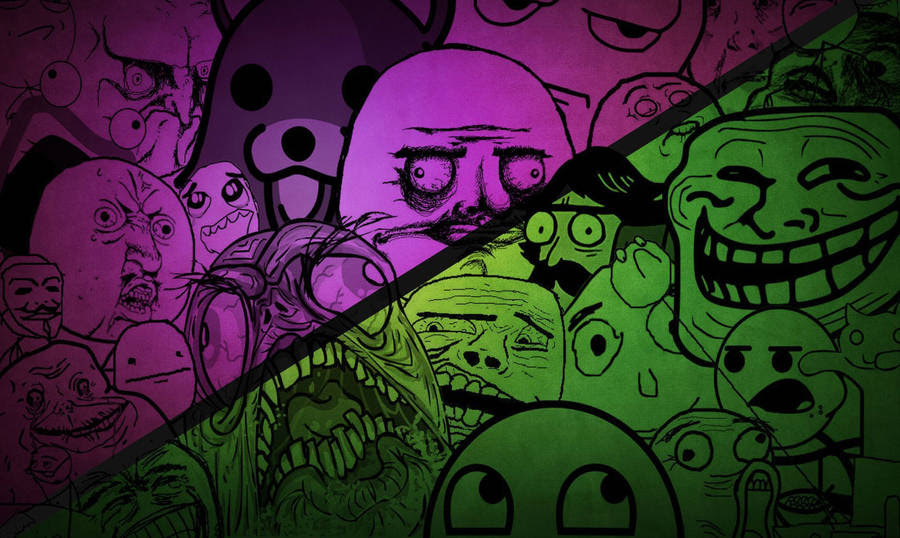 I stood in the kitchen peeling and cutting carrots when I turned around and saw a stranger standing there. I jumped a little and dropped some carrot peels on the floor. No, he wasn't a stranger, not quite ... well, not at all. I had seen him many, many times before, just not in my kitchen. "Andy?" I said.

"I'm sorry to startle you," he said. He looked about the kitchen casually like he felt quite at home. I almost expected him to raid the refrigerator. He turned to me again. "You look a little stunned."

"I know. It's a lot to take in," he said without offering another explanation for his sudden manifestation in my kitchen. He turned his attention to the lemon plaque hanging on the side of the cabinet.

"Would you like a cup of coffee?" I asked.

Surely, he exaggerated. Andy was prone to exaggeration. He seemed amazingly composed for someone who had admittedly imbibed so much caffeine.

"Carrots?" I said, handing him a small carrot stick.

"Do I look like a bunny to you?" he said. He then shook his head and wrinkled up his nose in a way that, in spite of his words, was slightly suggestive of a bunny.

"No," I said. "You look quite wonderful actually." I looked him over. "The blue shirt brings out your eyes and, well ... " I was delving into a sensitive area. "Contrasts with your hair, you know, (ahem,) cool and warm colors being opposite on the color wheel." I refrained from saying "red," or worse yet, "orange."

He ran his fingers through his hair, a little self-consciously I thought. "Well, you picked out the outfit, so ..." He paused and rolled his eyes. "You ought to like it." He sighed and fiddled with his hair. "And now I know why you offer me carrots."

This was beginning to feel awkward, and I hate to admit that he had somewhat of a legitimate point. I looked away from his gaze and noticed a speck of lint on his shoulder which I plucked off. "Funny," I said. "I don't remember writing in that piece of lint."

I turned my back and continued my job of cutting carrots.

"Are we going to have this conversation?"

I turned to face him. "What conversation?"

"About my little problem."

"What kind of a problem are we talking about?" I said. "Like a girl problem?"

"Well, that too ... thank you very much. My problem is that I'm bored. This is what you do now? Eat bunny food, cook and dance reggae in the basement?"

I blushed a little bit. "You know about that?"

He waved his hand back and forth between us. "We have no secrets from each other."

That made sense. Or did it? "Well, I know everything about you. I guess I never thought it was true in reverse," I said. Then, thinking about his earlier comment, I said, "I'm just trying to be healthy."

"I know. I know. It's wonderful, really, but could you please be healthy and spend a little time thinking about my problem at the same time? I mean, all I do is sit there at the Salvador Deli, drinking coffee, waiting for you to write the next scene. I mean how many cups of coffee can a man drink? Give me some adventure. Let me be the hero. Let me chase some bad guys and, you know, show off my mad kung fu skillz." He aimed a roundhouse kick in the general direction of the fridge.

I raised an eyebrow. "You have mad kung fu skillz?"

"Well, (ahem,)" he said. "I've been meaning to talk to you about that. Could you add that in there? And, while you're at it, could you give me abs of steel?"

This was truly surreal. I had meant for Andy to be a relatable average guy. "I'll ... I'll think about it." I paused. "Just hang in there a little longer," I said. "Flirt with Janie Duveau." Janie is the waitress/barista girl at the Salvador Deli. "You know, turn on the charm and the witty remarks."

He spread his arms out wide. "You write my lines!"

"Yeah," I said. "I guess that is a problem." I was hardly thinking how this current conversation was happening, and thinking about it gave me a headache.

"I know," I said. "I don't like it any more than you do. You're still important to me, you know. I can't even begin to tell you how much you mean to me." Was this getting a bit weird? Well, for Pete's sake, it had gotten weird a long time before now.

"Come here," he said. He held his arms out. I came, and he gave me a squeeze and a couple of pats on the back. This was definitely getting weirder by the minute. I felt like there ought to be a soundtrack, dramatic music, perhaps comically dramatic music, swelling in the background, but what? "I Will Always Love You?"

"Well, I'm glad we had this little talk," he said, pulling away. "Now, get on that computer and write my story. No Youtube ... "

He shook his head at me. I found myself walking him to the front door, but where he was going from there and by what means was not perfectly clear. I suppose he was going back to Mapleville, the New Jersey town that only exists in my stories.

"I promise I won't let anything too terrible happen to you," I said. "Well, maybe a little bit terrible, but, you know, no Sherlock Holmes waterfall scenes or that sort of thing."

He sighed, perhaps with relief. He was on my doorstep now, pointing his finger at me pistol-style. "Write."

"Right," I said, not thinking about how much that seemed like an echo. "I'll try."

It's funny, but I didn't, before that moment, know he was so conversant with "Star Wars."

And then he was gone, although not truly gone. He never was.