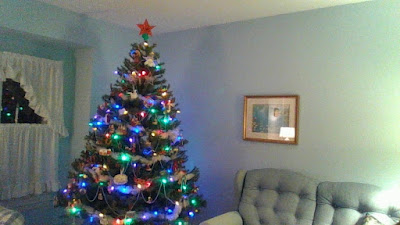 I have been thinking that the little snippets of life I post to Facebook are a diary of sorts, and compiling these bits together should give you an idea of my recent activities.

Some news. I got my new proofs this morning and approved them. "Action Men with Silly Putty" should be available in print in the next three or five days. I'll make a big announcement when it is. 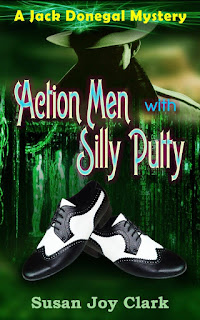 Last week, I wrote up a draft for the first chapter in the Paloma book (a biography.) I still need to fill in some blanks for chapter one and got some new information from Paloma's mom. I helped Mom decorate the house and prepare a special Christmas luncheon for her Bible study ladies on Friday. I arranged the fruit salad plates and helped serve. Mom made a terrific seafood medley with crab, shrimp and scallops in an alfredo sauce over rice. Dad put his origami skills to work with some fantastic napkin folding. (He folded trees with green napkins and pinwheels with red ones.) I finished off the week going to see Handel's "Messiah" by the Cathedral Choir at Hawthorne Gospel Church with friends Jeannie and Iris. Friend Stan was part of the choir, and his son was the tenor soloist. It's been a wonderful Christmas season so far.

I just got my copy of Maria Lynn Hurty's "Christmas Crazy to Jesus Joy" Advent devotional. I read her reference to the "greasy grimy gopher guts" song and thought, "That's my Maria." She does make a spiritual point of it, I promise. I'm pretty sure she serenaded me with that song once upon a time. I know she taught me the "My Reindeer Flies Sideways" song to the tune of "Pomp and Circumstance." Really, it looks like a lovely book with some nice thoughts, beautiful photography and some Maria humor. 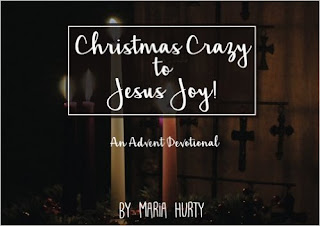 Well, here it is. "Action Men with Silly Putty" is now available in print. $:) 8.99 It would make a good Christmas present for someone or maybe just a gift to yourself.

I did some transcription today from one of my interviews with Miss Paloma. Earlier, I helped to rearrange the furniture to make room for the Christmas tree in the front room, and Dad assembled it. Decoration for the tree will happen tomorrow. Already, two packages arrived at the house with gifts I've ordered. I did all my shopping online. Tonight, I plan to watch the live "Hairspray" on NBC.

Mom and Dad got a new high-def TV on a Cyber Monday deal. When it was first set up, we didn't have the new cable box, so I enjoyed connecting it to my Youtube account to play my Youtube lists and recommendations on the big high-def screen. Some of the musicians I follow make very visually pleasing videos, often taken in nature scenes, so it was very enjoyable to see them in high-def. We watched Piano Guys, a cellist named Tina Guo and The Harp Twins, Camille and Kennerly, among others.

I'm putting more ornaments on the tree today. We have a number of bird ornaments, airplane ornaments, star and angel ornaments. For some reason, I tend to arrange these on levels towards the top of the tree, birds then planes, then stars, then angels. This is what I try to do anyway. Right now, unless I move him, I've got a little boy flying a kite that is somewhere in the airplane level and practically in the realm of the angels. (This thought was not in the original post, but I thought I would add it here. That kite has a lot of lift!)

My family seems to know I like to cuddle up in blankets in cold weather. One year, for Christmas, I received a Snuggie. Another year, I received another brand's version, what my brother dubbed the "blue burrito." The blue blanket zips and snaps around you and transforms you into a kind of burrito. Well, it's blue burrito weather. In fact, I have that and an additional blanket.

I have to report for jury duty tomorrow. Do you think that if I tell them I'm a mystery fiction writer, I won't get assigned to a case?

So, the day went by fine. I was in the jury pool for a criminal/murder case. I suppose it could have worked as a research opportunity as a couple of you pointed out. On the questionnaire, I did mention my mystery novel and named "Forensic Files" as a TV show I watch. Anyway, I wasn't selected, and I don't need to return tomorrow. I was able to do a lot of nice reading on my Kindle and finished the book I had started.

I made up a new word for the state of today's weather ... bbrriness.

We had a lovely Christmas cantata yesterday. The worship team proceeded down the aisle with electric candles. One of the little girls in church dressed as an angel and sat by the manger scene with a little lamb puppet. We sang with a a combination of CD accompaniment and live piano. We even had a small brass section, two trumpets and one saxophone, playing for the processional, recessional, Christmas carol singalong section of the program and in the foyer before and after the concert. Hot chocolate and cookies were served. It was all lovely. One friend commented (slightly paraphrased), "You know how you are watching a Christmas movie and everything is so cozy, and you wish you were there? I felt like I was in a Christmas movie. I was there."

I just made some gingersnaps for Christmas. I tried out a recipe from a food blogger and adapted it slightly with some seasoning ideas from an Alton Brown recipe. These have a combination of fresh grated ginger and minced crystallized ginger instead of ground ginger. Mom, Dad and I all taste tested them and decided they are pretty good. I added a half cup flour to one half of the dough for making gingerbread boys tomorrow. 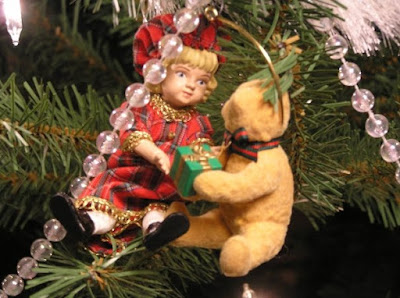 So, I've been neglecting this blog and even Google + for a while now. I'm hoping that will change very soon once things start settling into a new pattern. My life has been going through some change, good change ultimately.

For the past ten years, I have worked for a local newspaper in northern New Jersey, part of the North Jersey Media Group. North Jersey was taken over by Gannett ("USA Today") and changes started happening. There were new meetings and there were interviews, and eventually there was a question of whether I would be staying on with the company in a new position or if I would be among those laid off. I was among the lay-offs, which, although it was not the outcome for which I was hoping, I began to see it as a new opportunity to do something different, to venture out with some freelance writing.

Some of the last month with the company was stressful. I covered four towns, and now that many New Jersey towns have Board of Ed elections on Election Day, I had a lot of candidates to interview between BOE and town council candidates for four towns. One town had 10 candidates for Board of Ed alone. I put in some overtime during Election Week.

Leaving my job was bittersweet. My small office had moved into a bigger office, set in a nice New Jersey community among a beautiful downtown. We were there for several months, and I made new friends. I enjoyed several social events with the new coworkers, ice cream socials and book club meetings, which culminated in a final farewell party at a local restaurant. At the same time, I was assured God had good things in His mind for me and my future. 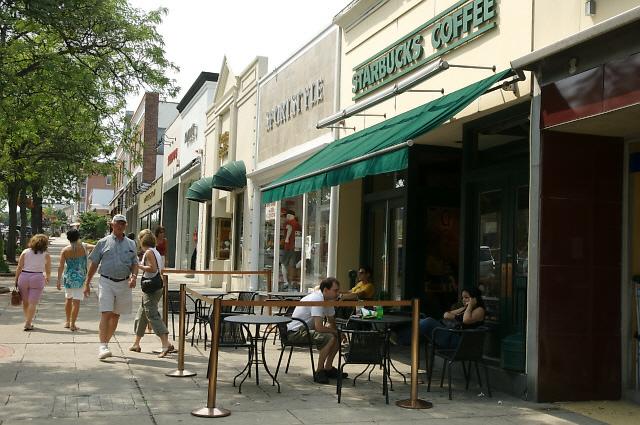 I joined the Upwork site for freelancers and set up a profile before my final day at the office. Within a week of being out of work, I was contracted for a new project, ghostwriting the biography of a remarkable young woman, an 11-year-old Florida girl, Paloma Rambana, who is legally blind and successfully lobbied the legislature for funding for visually impaired children.

It's really a suitable project for me for several reasons.

1) It combines my journalism and creative writing skills.

3) I especially like this age group. My first book had 11-year-old characters.

Already, I have interviewed my girl twice by Skype, and it has been delightful getting to know her as she swung her phone or tablet around and gave me a virtual tour of her room and her artwork on the walls.

Paloma has been featured in the news quite a lot previously, often Florida news but also in "People" magazine and "Huffington Post."

Here is a very short clip of my young subject with Senator Marco Rubio.


And here she is addressing the American Legion, telling them about some of her activist efforts.


So, I am grateful to have a new project and to be working from home.

In other news, just yesterday, my mystery comedy novel, "Action Men with Silly Putty," came out in print format and is available on Amazon. This is big news. The process turned out to be slightly longer and more complex than I expected at first. I am happy to be able to make the announcement that it is finally available and in time for Christmas. I know many readers prefer traditional print books. The print version is $8.99.

Please, give it a try for yourself or as a Christmas gift. It's a mood lifter. One reader, who read the ebook version, said he released so many endorphins by laughing while reading that he may no longer have depression by the time he finished. 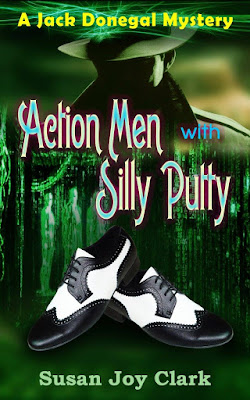