The (Unusual) Sounds of the Season

Some years ago, I worked for a bookstore -- that should not be surprising! -- and when the Christmas season came and the store was filled with the sounds of the season, some of the employees felt it was torture to hear a constant barrage of Christmas carols. I never understood this, because I loved hearing Christmas music in almost any genre. I could even hear a Christmas song in a category I didn't expect to like, but, if it was a Christmas song, I would.

I suppose one thing that can make Christmas music annoying to some is there are a limited number of classic songs that many artists have reworked in their own style, so even with many different interpretations and renditions, listening for very long may seem somewhat repetitive after a while. Still, I have found some friends who share my feelings about Christmas music.

One of the friends I have met through my newspaper work, John, is a retired deejay who converted many of his CD tracks to MP3. A couple of years ago, he decided to surprise me and several friends with DVDs filled with his full collection of Christmas MP3s. It was a pretty exhaustive collection, I thought, and yet, this year, another friend, Mark, has shared his vast collection with me through a web-based media streamer, and between the two collections, there is not much duplication. You would think that, between the two, they represent every Christmas song known to man, only I know that is not true. Ecclesiastes says, "Of making many books, there is no end." The same could be said for songs!

Mark is a music professor at my alma mater whose acquaintance I made through social media. Recently, he posted to Facebook a link to a Youtube example of his latest Christmas music acquisition, an entire album played on the musical saw. He noted it was "hard to listen to." After listening to a sample, I agreed that it was hard to listen to. Although it sometimes had a tone that reminded me of water glasses, it could also be painfully shrill to the ears! I confessed to him that I also got intrigued with unusual instruments.

Two of my favorite shows right now are "American Pickers" and "Pawn Stars." The main stars on these shows have come to be collectively known as "the guys" or even "my guys" in my house, so I have dialogue like this ... "Are my guys on now?" "Can we switch it to the guys?" (This wouldn't be the first time TV shows have been given odd nicknames. When we watched "Early Edition", it became known as "The Cat Show", which I suppose is odd, since the cat only ever made his mysterious doorstep appearance at the outset of each episode.)

I don't get excited about everything that excites "the guys." I don't have a passion for rusty oil cans or have a desire to dig up rusty remnants of an old Indian motorcycle out of the ground, but I do have an appreciation for old things. One thing that catches my attention is old musical devices: an old 1950s jukebox or a Victrola. I really enjoyed an episode of "Pawn Stars" where an 1800s symphonium made its appearance. It is basically a music box with interchangeable discs and, in some sense, seems similar to a record player.

A Youtuber demonstrates his symphonium here ...

I love the looks of an old Victrola, like this beauty here. Our musical technology may have improved greatly since the days of the Victrola, but not, perhaps, aesthetically. Perhaps what I need -- and this will appeal to steampunk fiction fans -- is a device that combines modern technology with vintage aesthetics ... 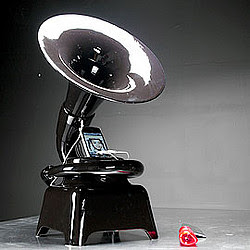 Or a record player with no records that uses lasers instead of a needle. Okay, I don't find this as aesthetically pleasing, but it is an interesting combination of old and new technologies. 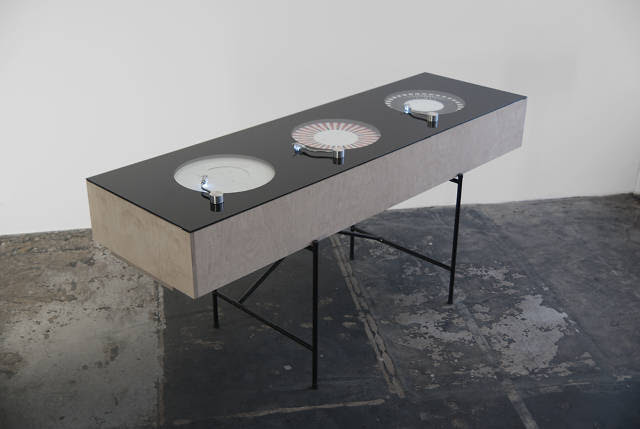 Read more about this here.

So, it was interesting that when I had access to my professor friend's music collection through the media-streaming site, the first things I investigated were novelty albums I would not expect to hear on any of the radio stations. Satellite radio does provide more music genre options, but even here, I don't expect to find a station dedicated to old player piano rolls or carousel music. If these things are interesting to hear, they are even more interesting to watch, especially if you are an engineer.

It's fun to watch the bells struck on this symphonium style music box as it plays Christmas music and also lovely to watch the dancing figures below.


I enjoyed watching the mechanisms on this player piano and seeing the keys move by themselves as if the Ghost of Christmas Past was paying a visit. This plays a medley of "I Saw Mommy Kissing Santa Claus", "Here Comes Santa Claus", "Let It Snow", and "Sleigh Ride."

The video below is an exact example from one of the albums in the collection. I'm not sure I would play this at a Christmas party, but it certainly did put me in an energized and cheerful mood while preparing for work one morning.


Again, it's even more fun to watch. Here is a Wurlitzer band organ like the one on the album. You can watch the bells and drums as they're struck and see the conductor figure move his arms and head. It plays a Christmas medley.

So, in addition to traditional classics and some newer hits, I've been enjoying some more unusual sounds of the season.