When a Fly is Harder to Kill Than Rasputin 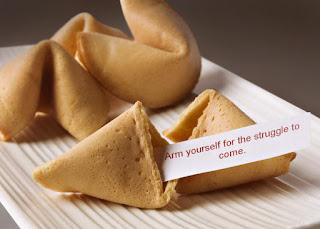 This morning, I tried to kill a large fly that found itself in my bathroom, and he was harder to kill than Rasputin. Have you read about Rasputin and his manner of dying? I learned all about him a few years ago when I read the non-fiction book, "Nicholas and Alexandra" by Robert K. Massie. It seemed he had a goat-like stench and yet attracted women. How he managed this is a mystery to me, and so is his death.

Rasputin was a Russian mystic and an advisor to Alexandra, wife of Nicholas II, the last czar before the Russian Revolution. Alexandra felt he could heal her son, the young Tsarevich Alexei, from hemophilia. Rasputin was assassinated but not easily. Supposedly, he was given poisoned food, and when that didn't kill him, was shot in the back, after which he tried to counterattack. He was then chased and shot once more in the back and again in the head. He continued to live, so he was beaten with a truncheon and eventually drowned in the River Neva.

This giant fly sat in my bathroom sink. I thought it would be a simple thing to drown him. I ran water and, though the drain wasn't closed, enough water rose to submerge him. I did this again and again, letting the water rise, splashing it over him as he tried crawling out of his watery grave. Several times, he disappeared with the receding water under the metal cap over the drain, and I thought, "Good. He's going down." He didn't go down. He'd come back up with a lop-sided crawl like Lazarus emerging from the grave. To reference a favorite movie of mine, he was only mostly dead but not all dead, and there is a big difference between mostly dead and all dead.

At last, I gave up, because the exercise seemed to be futile. There was no hope unless I changed my method of execution. I could smack him with a hard object. (It was Miss Clark in the bathroom with the lead pipe. Well, probably a shoe would do.) Alternately, I could squash him in a bit of tissue. Both methods repulsed me. He was a large fly, and I was sure he would make a large squished mess. So, I turned off the bathroom light as if to say nighty night and went off in pursuit of breakfast.

A little while later I returned to, er, use the facilities, and the large black half-dead thing had painstakingly crawled out of the bowl of the sink and was now perched on the side ... the toilet side, all wriggling and wiggling. I knew then I had to finish the job. I would have to be bold and carry through with it if I was going to have any peace in the bathroom while using the aforementioned bathroom fixture

I went and got two Bounty brand paper napkins, the thickest, cushiest napkins I've ever seen. As I did, I said aloud, "Sorry Fly. Your doom is nigh." Then I laughed aloud at my unintentional rhyme. Bounty napkins are good, because, I guess, a large fly needs something extra absorbent? Actually, I was hoping that the thicker the towel the more I would be shielding myself from that repulsive squish. On first squish, Rasputin the fly, actually hopped out of my towel, still wriggling. On second squish, I got him ... I think.

I tossed the paper in the wastebasket and waited. I half expected to see him crawl out like Rasputin on the attack after the first shot, like Wesley and Princess Buttercup rising out of the lightning sand with one collective and exaggerated intake of air. If flies could talk -- and thank God they can't -- I imagine his labored speech would go like this, "You ... have  ... not ... defeated ... ME!" as he crawled out from the wastebasket. Perhaps, he still will.

Email ThisBlogThis!Share to TwitterShare to FacebookShare to Pinterest
Labels: humor