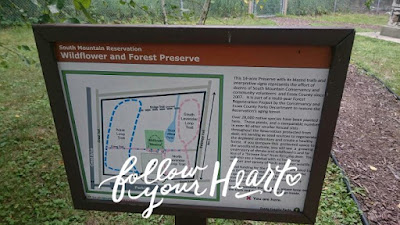 Mom woke me up on the intercom this morning to tell me she was confused with her Kindle. She came across a word she didn't know and remembered about the dictionary feature on the Kindle, but when she looked up her word, she then lost her place in her book. It took me a while to crawl out of bed and then reach for the phone on the side of the desk furthest from the bed.

“Where were you?” she asked, when I picked up the phone.

“I had to get up.” I'm not sure if my explanation made sense to her, but it did to me.

Mom and I both recently finished reading Laddie by Gene Stratton-Porter, and now she is reading Her Father's Daughter by the same author. She thought it might be the same book she'd read as a girl, and now she's certain it is. 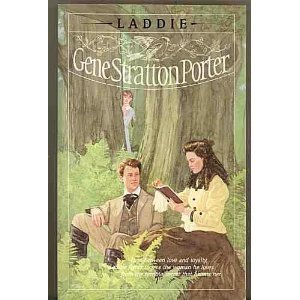 The dictionary feature on her older model of the Kindle is a little bit troublesome. On my newer model, I can look up words without leaving the page I'm reading.

“She used the word bole for tree trunk,” Mom said of the author. “If she meant tree trunk, why didn't she just say tree trunk? I think the author's showing off her vocabulary.” Mom mentioned some of the plant vocabulary used. Gene Stratton-Porter is known for her "romantic outdoor stories" and knows a lot about botany and butterflies and birds, one of the things we like about her writing.

"She likes to write about characters who share her interest in nature," I said, but Mom thought there was more to it than that.

Mom came across something even more objectionable later in Her Father's Daughter, and that is that the main character (and perhaps the author) has a strong prejudice against the Japanese, and the word "Jap" is used quite a few times. I didn't even know that term existed pre-World War II. That's disappointing, as I loved A Girl of the Limberlost and Freckles and now Laddie. I hope it's an attitude the character comes to change in the story, but we'll see. It's things like this that remind me not to idolize authors or singers or other people I might have some reason to admire. They're not perfect in every way.

Later in the morning, I made myself ready for a hike at South Mountain Reservation with friends, Adrienne and Iris. We planned to have a picnic in the woods. My friend Debra had given me a cute insulated lunchbox which I had not yet initiated. The printed design features a vintage typewriter and the paper scrolling out of it reads "Get Carried Away." Now that I work from home, I don't have an every day need for a lunch box. I knew it would still be stowed away in the box she had mailed it in from Florida, and as I looked through the box, I made an interesting discovery. There was another small Christmas gift in there ... which I had not yet opened! It was a cute Victorian folding fan. I wanted to show it to Adrienne when she came, because she is a "fan" of the fan. At one point, she had tried to organize a girls' outing to an exhibit of fans, but it hadn't worked out. 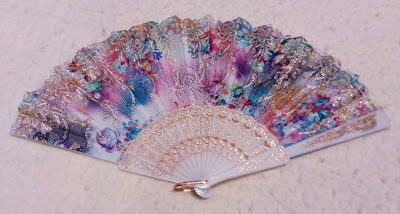 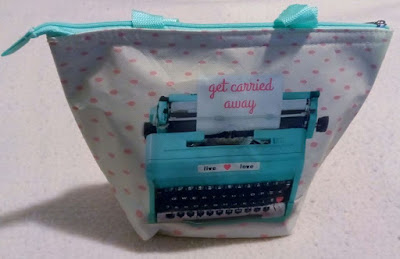 I didn't want to carry the lunch bag loosely in my hand while hiking, so I found another bag I hadn't yet initiated, a Zumba cross-body bag that was given to me in my reporting days after covering a Zumba fundraising event. So, the combination of these two bags worked, one inside the other, but I had to find the proper footwear and the tread on my sneakers is wearing thin. I have two pairs of dance shoes that look like sneakers but aren't suited for hiking. The soles on these are made to slide on the dance floor. I dug around in my closet and found an old pair of Timberland boots I forgot I even owned and put those on my feet. As the fall weather hit when the calendar flipped to September, I thought I might need something more than a T-shirt, and the sweatshirt I selected has a writer's theme as much as the typewriter lunchbox does, a purple hoodie that reads "Weapons of Mass Creation" and displays a row of pens and pencils. 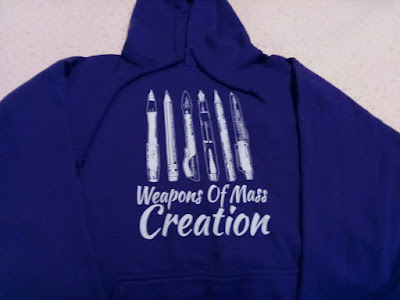 I make myself sound semi-athletic with my mention of Zumba bags and two pairs of dancing shoes and Timberland boots, but I have had mysterious symptoms over several months and haven't had recreational exercise in just as long. Just as mysteriously, I've begun to feel better.

I knew we had a tempting chunk of brie in the refrigerator, but, other than that and some other less French cheeses, not very much for the makings of a sandwich. I went out to the grocery store and bought some sliced ham and a wonderful whole grain croissant full of sesame and other seeds for my sandwich. Because I was feeling adventurous and there are so many interesting things in the store near me, I decided to try a drink I've never had before and a snack I've never had before. I decided on something called Blossom Water with pomegranate geranium essence and was probably partly intrigued by the beautiful fruit and floral designs on the bottle. I also bought Dang sticky rice chips in a coconut flavor which came in a snack bag big enough to share with friends. I made my sandwich on the croissant with brie, ham, Dijon mustard and mayonnaise. There was one more thing I had hoped to pack, and that was a book of poetry. In a Grace Darby Mystery in progress, my English professor sleuth goes hiking in the woods with a poetry book, and this part is somewhat autobiographical. In previous solo hikes, I've brought a book of poetry with me. I downloaded two free or cheap poetry books onto my Kindle, one of nonsense verses by Edward Lear and one of 100 Favorite Poems by Dover Thrift Publishing. The nonsense poem collection wasn't my first idea, but silly ones seemed fun for sharing with friends. In the end, between running late and some other confusion, I skipped the "poetry in the woods" idea.

At home, last night, I read the beginning of Lear's The Jumblies.


While I was at the store, things got a little crazy with our plan. Adrienne came to the door to pick me up, and Dad told her that I had gone out to buy a lunch, at least that's what I had told him to say. What Adrienne heard was that I had gone out for lunch, which must mean that I had gone out to meet them, and she left. After a bit of messaging back and forth and talking to Dad, he agreed to drive me over to the park and use the GPS feature on his new phone. It wasn't perfect in its navigation, and Dad wasn't always trusting it, so we took the scenic route and we passed a lot of the interesting recreational places in the area, the Turtle Back Zoo, the associated McCloone's Boathouse restaurant, mini golf and the zipline and ropes course. Finally, we met up with Adrienne and Iris. Dad rolled down his window and told them, "This GPS is good for two things, getting you lost and then getting you unlost." 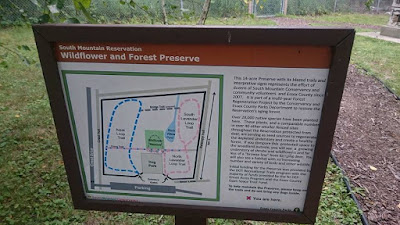 We met at the dog park there, and Dad, who had looked over the map, advised us to look through the Meadow Sculpture Garden nearby. This was not my first time at South Mountain Reservation, but I had not been in this section and didn't know about a dog park or a wildflower meadow or a sculpture garden before today. There were a few sculptures near where we stood, but we were not terribly impressed by them. They were very modern. One looked like a column of lobster crates, and another looked like a teetering stack of pots.

We entered the fenced off area -- fenced to keep the dogs out -- and saw clearly marked signs for the Wildflower Meadow and a trail called the Lavender Loop. We went into the meadow first, and the path there was barely the width of a person with tall wildflowers on either side, sometimes swinging into the path. I wish I could identify as many plants as Gene Stratton-Porter, but we saw goldenrod and purple thistles and some daisy-like flowers. Some flowers we spotted by the path might have been a butterfly bush, I thought, and I noticed some little orange flowers that were somewhat bell-shaped and hollow inside that I could not identify. One impressive plant had dangling clusters of bright berries, but not of a variety we recognized or trusted to eat. The stem of this plant was just as fuschia as the berries, and Adrienne commented that this was my color and that I should grow some in the backyard and accessorize myself with it.

I really loved this area. Other things of interest were hidden away here and there among the flowers, a cozy little sculpted wooden bench, a birdhouse and a man-made station for pollinating insects. A central sculpture reminded me of a dress form. A second sculpture was called "Sunflowers." Adrienne called them "steel sunflowers," but we read "water bottles" among the materials in the identifying plaque, and then we saw the center of the sunflower was made up of clusters of water bottles.

From here, we took the Lavender Loop and followed the lavender paint markings on the trees and occasional signs. Here and there were little informative signs on some plants or animals. One fun little part of the path was called a bog bridge, slightly raised planks that stretched on for quite a while. It all seems very dry at the moment, and one gulch we crossed is probably a creek at a wetter time of year. The bog bridge took us to the Aqua Loop, and here the trees were marked with an aqua green. Walking on the path, Iris shared one amusing incident in her life, the embarrassment of accidentally stumbling upon a nudist beach. Oh my!

I don't remember where along the path we were when we stopped for our lunch, but we found a nice boulder to lean or sit on, and my water bottle fit quite nicely into a little crevice in the rock.

The girls and I (and this will include our friend Jin who is visiting her family in South Korea) hope to visit a couple of other parks in the near future, Verona Park for paddleboats and Anderson Park for an arts and crafts fair.