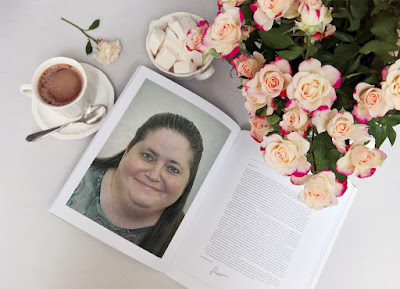 Mom made a creamy turkey rice soup for our lunch, and I didn't do as much sous-chef-ing, or as Dad would put it, Sue-chefing, as sometimes, but I did help fetch and carry ingredients. Mom sent me to the downstairs pantry and fridge for some white wine, chicken broth and kosher salt. I came up with these, and she noticed we had a lot of baking ingredients to be stowed back in the pantry. "I should have sent you down with these first," she said. Mom likes to double up on tasks.

I did store away the baking ingredients, but I tried to explain to Mom that telling myself to go downstairs with one thing and come back upstairs with another thing, most likely, would not work. It sounds simple enough, but as many times as I've tried this before, nearly always, I manage to do the first thing and forget the other. It's when I get to the top of the stairs that I remember, "Oh, right, I was going to get such and such," and then head back downstairs. It's not selective stupidity, although it certainly sounds like it. I know it's just a personality quirk, that, as a writer and a creative type, my mind is always filled with more things than the practical thing that's right at hand. I won't go into details about Myers Brigg personality types, but if you are an INFP, and you know it, you can probably understand. (The same goes for INTP and some other types.)

Absent-mindedness doesn't really mean the mind isn't working. The mind is actually working very hard ... on more than one thing. I comfort myself that I have something in common with a lot of brilliant people who gained reputations as being absent-minded -- great inventors, great writers ... There's a reason why there is such an expression as the "absent-minded professor." 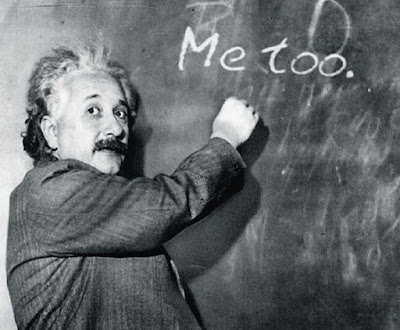 Even so, "absent-minded" seems like a negative trait, while creativity is considered a positive one. I've been thinking that a person's strengths and weaknesses are often very closely related. In fact, sometimes the same trait can be described in both negative and positive terms. For example, a person could be called stubborn, but the positive counterpart to "stubborn" is determined or persistent.

Well, I've described my character Jack Donegal, of Jack Donegal Mysteries, as absent-minded, and now you know I do not have to look far for inspiration.

In the afternoon, as I was putting away Saturday's picnic things, my lunch box and FreezPak, and so forth, I decided to save my pretty Blossom Water bottle. I am sometimes tempted to save pretty bottles, thinking they can be recycled as vases. This one, I think, with some flowers in it, would make a nice centerpiece for a girls' tea party.

I put it on my shelf of knick knacks where I already have a couple of other bottles saved, an Arizona green tea bottle and a unique bottle for some Japanese strawberry soda.


The strawberry soda bottle is a unique one. It holds a glass marble that drops down from the top when you open the soda and gets trapped in a narrow section of the bottle's neck. It can roll back and forth in a narrow little space but can not drop down any further. I don't think it serves any purpose other than to be novel. I bought it at a little Asian specialty store that sold bubble teas and Japanese snack foods. I suppose it's pretty useless as a vase, but it is interesting. Perhaps, I won't save it forever, but it's on my shelf for now. 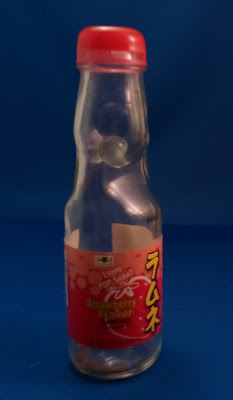 I've saved bottles off and on, but, at one point, I felt I had a few too many of these and tossed a bunch. I did have some "limited edition" old-fashioned Coke bottles, and I think these may be among the ones that got discarded. I wish I had saved them now. For years, I held on to a bottle for China Cola, supposedly made from Chinese herbs, from a pizza place near my college. I eventually tossed it. I haven't come across the beverage since, but I did find an image online.

A few years ago, my parents and I stopped at a Cracker Barrel while on vacation, and we picked up some "retro" sodas at the shop there. I persuaded them to keep the bottles and put them on display in the den where we already had some antique bottles my cousin Kevin had given them.


I've been raised by a woman who is not a saver and has more of a Clean Sweep philosophy. Collections can get out of hand. Thank God for Pinterest where you can virtually collect all sorts of things without creating clutter.